Stop 5G mayors, here is Italy’s first suspension order. And the list of 14 town council resolutions and motions for precaution

The list of Italian Stop 5G administrations is growing in awareness of social and health risks. Some sixty regions, autonomous provinces and municipalities are questioning the darker aspects of 5G. As in Belgium (federal region of Brussels) and Switzerland (three cantons), a moratorium has also been established in Italy and 14 municipalities have already approved Stop 5G City Council resolutions or motions. And not only that, as announced by Mayor Franca Biglio (also president of the National Association of Small Municipalities of Italy) at the recent national Stop 5G conference of L’Aquila promoted by the Italian Stop 5G alliance as part of the days of unitary national mobilization for a moratorium and precaution, recalling the role of the highest territorial health authority, the Mayor of the Piedmont town of Marsaglia (Cuneo) has issued the first Stop 5G ordinance in Italy, while in the Campania Region, in San Gregorio Matese (Caserta) Mayor Giuseppe Carmine Mallardo has banned the installation of 5G antennas on the municipal territory.

OASI SANA exclusively lists the 14 Stop 5G municipalities and the full texts and documents of the ordinance suspending and prohibiting the installation of antennas.

THE MAYOR OF MARSAGLIA (CUNEO)

Given that the Council of the Authority for Communication Guarantees, following the public consultation initiated by Resolution No. 89/18/CONS, approved by Resolution No. 231/18/CONS the procedures for the allocation and the rules for the use of the frequencies available in the bands 694-790 MHz, 3600-3800 MHz and 26.5-27.5 GHz for 5th generation (5G) electronic communications systems;

that the 5G is based on microwaves at higher frequencies than previous technological standards, also called millimetric waves, which have two main implications: more energy transferred to the media in which radio frequencies are absorbed (in particular human tissue) and lower penetration into solid structures, so there is a need for more repeaters (to obtain equal power) to ensure the service;

that the 5G radio frequencies are completely unexplored, in the lack of any preliminary study assessing the risk to health and ecosystem derived from a massive, multiple and cumulative installation of millions of new antennas that, inevitably, will add to the tens of miles of Base Radio Stations still operational for the 2G, 3G and 4G wireless communication standards in addition to thousands of active Wi-Fi repeaters;

that the European Commission document published in 2019 by the Scientific Committee on Environmental and Emerging Health Risks (SCHEER), stating how “5G leaves the possibility of biological consequences open” highlighted a clear signal to Member States, especially Italy, on the social and health hazards arising from the ubiquitous activation of 5G (which points out very serious criticalities, in part unknown on health and data safety problems) confirming the urgent need for regulatory intervention in relation to the dissemination of this new 5G technology;

which has been shown in four studies (Rea 1991 Havas 2006, 2010, McCarty et al. 2011) that it is possible to identify people with electromagnetic hypersensitivity and demonstrate that they can be tested using objective, measurable responses, demonstrating that these subjects truly are hypersensitive when compared with normal controls;

that other studies show that there are true and proper physiological changes in subjects with Electrosensitivity and that two studies (De Luca, Raskovic, Pacifico, Thai, Korkina 2011 and Irigaray, Caccamo, Belpomme 2018) demonstrated that electrosensitive people have high levels of oxidative stress and a prevalence of certain genetic polymorphisms, which may suggest a genetic predisposition;

that the European Parliament in its 2009 Resolution and the Assembly of the Council of Europe with Resolution No. 1815 of 2011 called on member states to recognize electrosensitivity as a disability, in order to give equal opportunities to those affected;

that, having individuated the “harmful effects on human health”, on 15 January 2019 the Regional Administrative Court of Lazio condemned the Ministries of Health, Environment and Public Education to promote an adequate information campaign “concerning the identification of the correct methods of use of mobile telephony equipment”, while a series of judgements issued in the last decade by the international and Italian judiciary attest to electrosmog damage, electrosensitivity and the celluar phone=cancer causal link, even beyond any reasonable doubt (Cassation 2012), to the extent that renown international insurance companies such as Swiss Re and Lloyd’s no longer cover such damage

that Mayors have criminal, civil and administrative liability through the competent offices to ascertain any consequences on health over the short, medium and long term for the population residing in the municipality;

that it is the responsibility of Mayors, in their capacity as government officers and highest local health authority in accordance with Article 32 of the Constitution and the precautionary principle enshrined in Community law and Article 3 ‐ ter of Labour Decree No. 152/2006, in order to face the threat of serious and irreversible damage for citizens to adopt the best available technologies and to take all measures and precautions to significantly reduce and, where possible, eliminate electromagnetic pollution and emissions produced and risks to the health of the population;

that in 2011 the IARC (International Agency for Research on Cancer) classified the electromagnetic fields of radio frequencies as possible carcinogens for humans and that on 1 November 2018 the National Toxicology Program released the final report of a study on animals from which “clear evidence that male rats exposed to high levels of radiofrequency radiation, such as 2G and 3G, develop rare tumors of nerve cells of the heart.” emerged. The report also adds that there is also “some evidence of brain and adrenal gland tumours”. And this was only for 2G and 3G, but now there is a will to introduce 5G in a ubiquitous, capillary and permanent way;

that in March 2018, moreover, the first results of the study conducted in Italy by the Ramazzini Institute of Bologna (Cesare Maltoni Cancer Research Centre), which considered exposure to mobile radio frequencies a thousand times lower than those used in the study on mobile phones of the National Toxicologic Program, finding the same types of cancer. In fact, statistically significant increases emerged in the incidence of malignant schwannomas, rare tumours of heart nerve cells, in male rats of the group exposed to the highest field strength, 50 V/m. In addition, scholars identified an increase in the incidence of other lesions already found in the NTP study: Schwann cell hyperplasia and malignant gliomas (brain tumours) at the highest dose;

that with Resolution n° 231/18/CONS the Authority for Guarantees in Communications has identified 120 small pilot centres in our territory on which to experiment 5G technology among which the Municipality of Marsaglia;

So much given, seen and considered

the suspension of 5G testing on the territory of the Municipality pending the new classification of carcinogenicity announced by the International Agency for Research on Cancer, applying the precautionary principle sanctioned by the European Union, with reference to the latest scientific data which is independent of links with industry and already available on the effects of radio frequencies, extremely hazardous to human health;

REPRODUCTION IS PERMITTED, PROVIDED THE SOURCE IS ACKNOWLEDGED 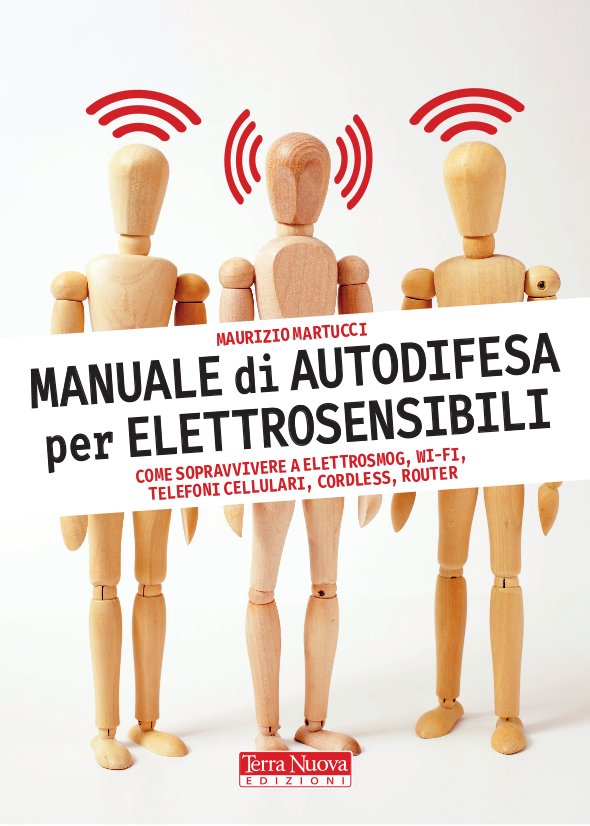 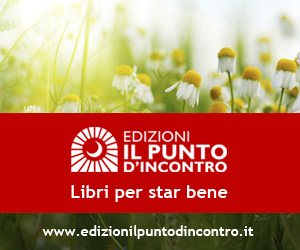 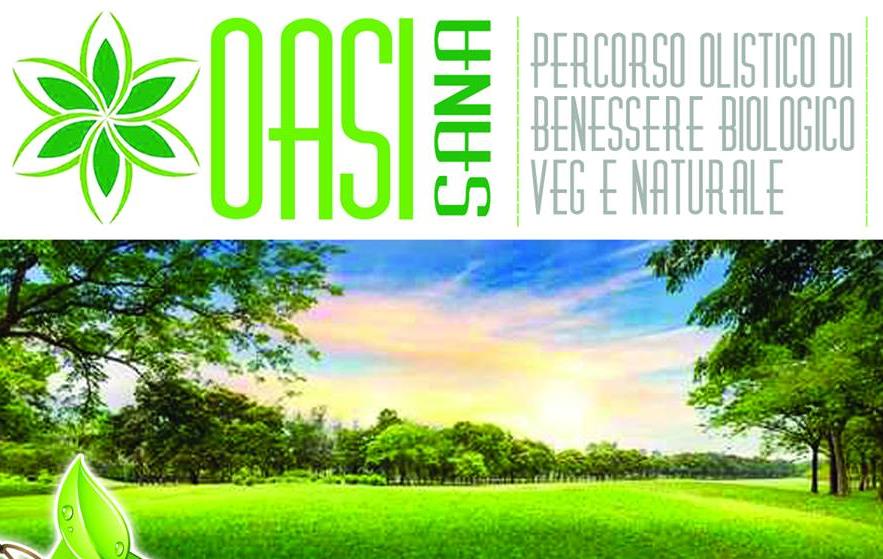 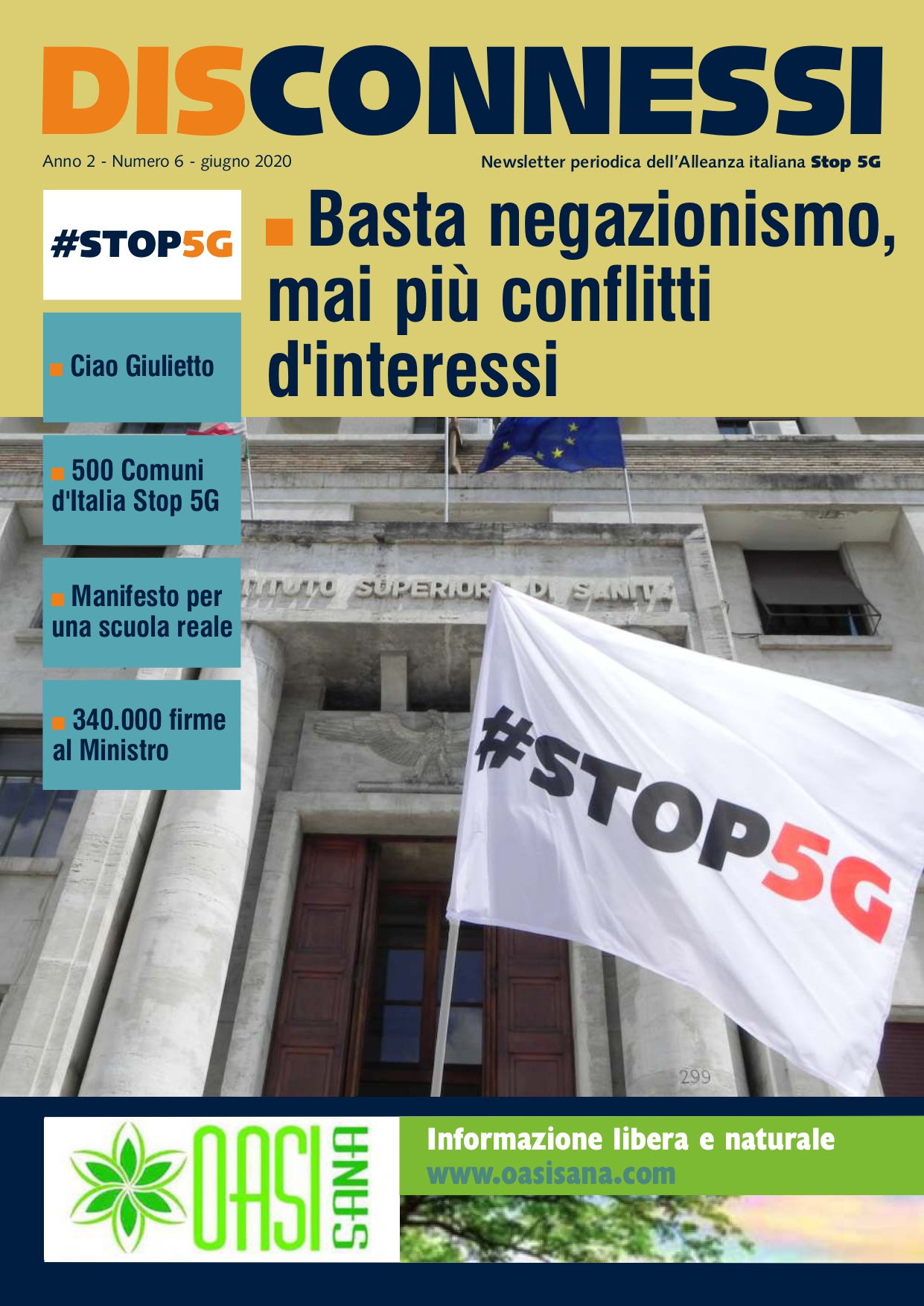 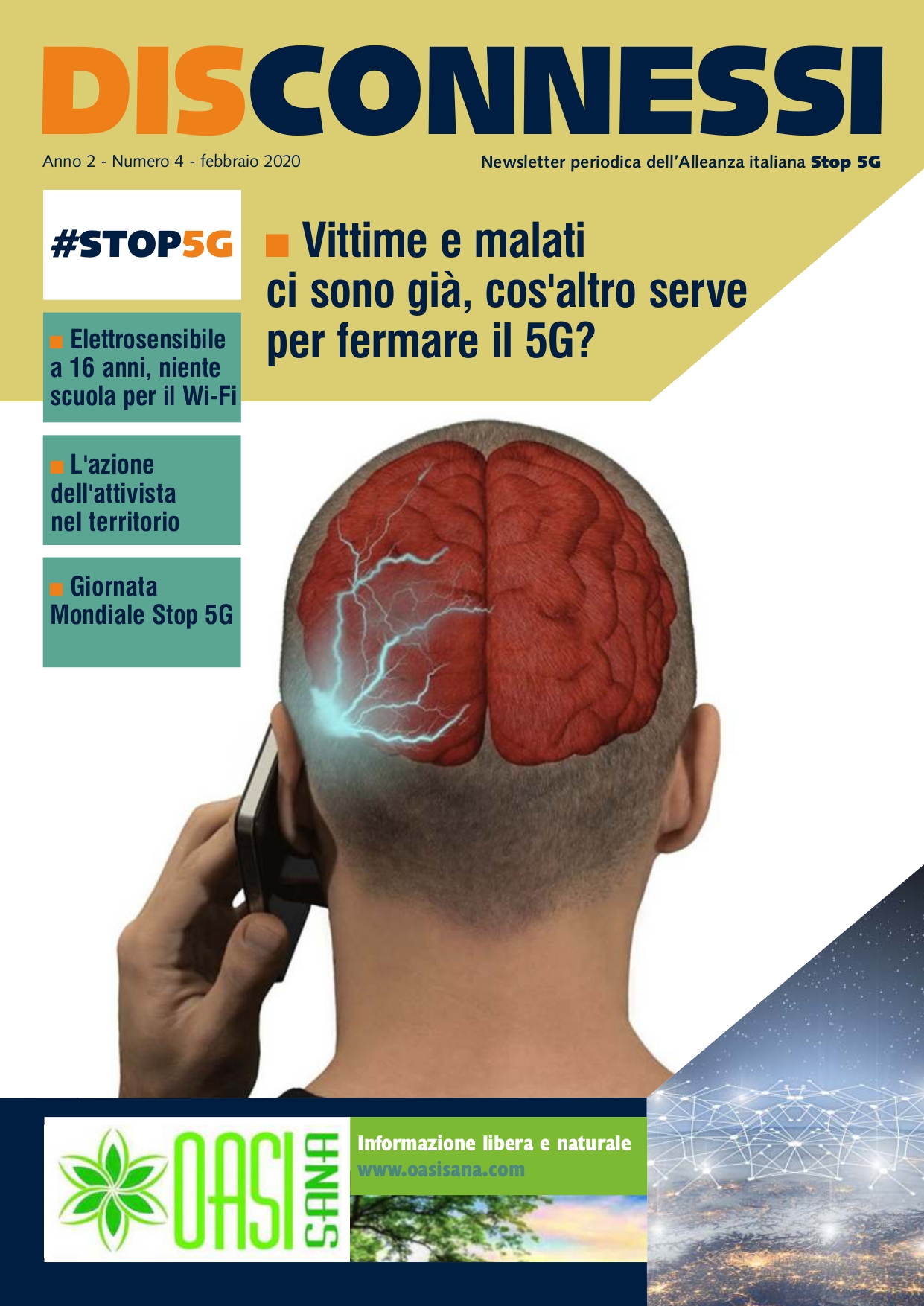 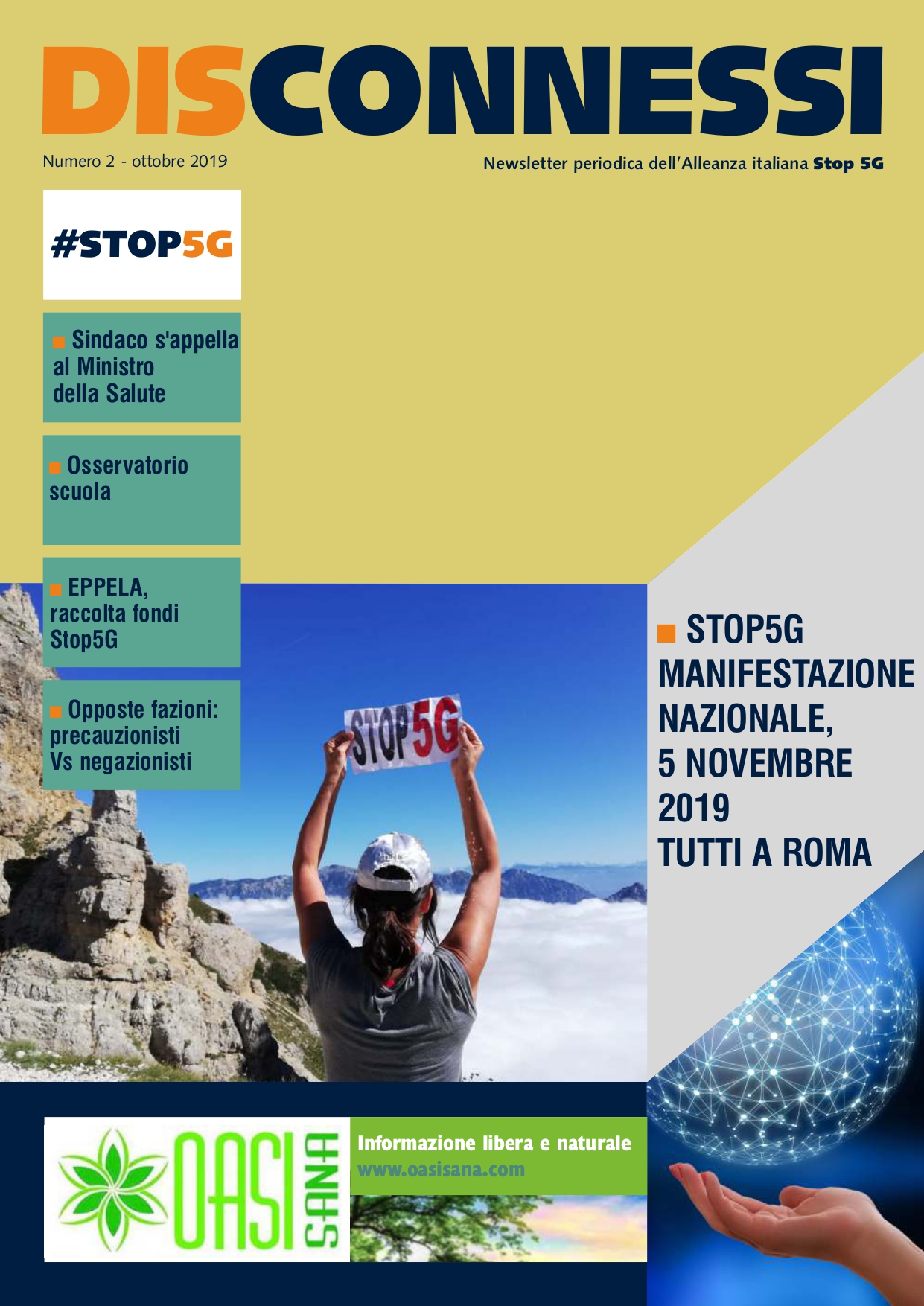 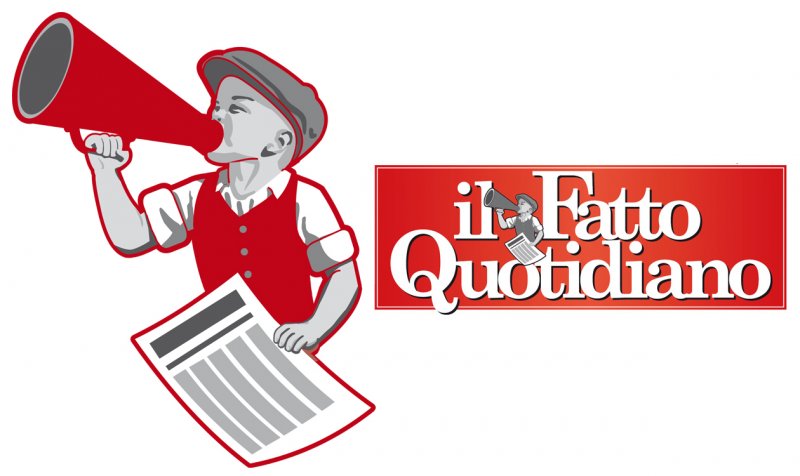